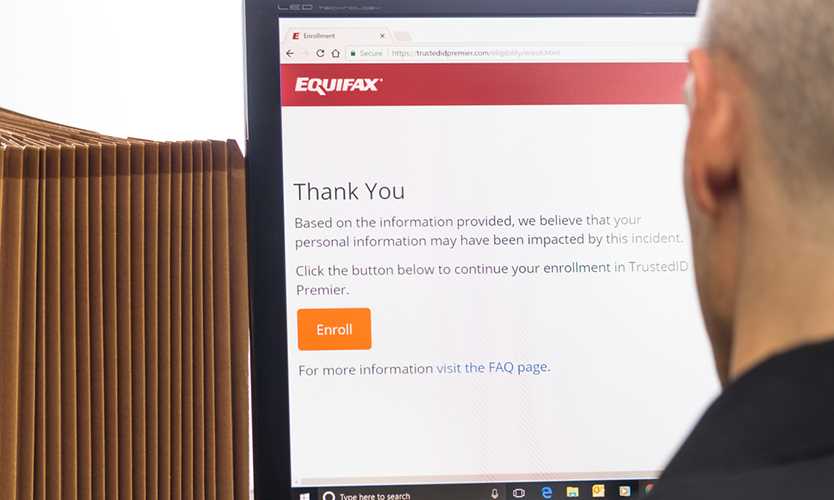 (Reuters) — Equifax Inc. said on Friday that it made changes in its top management as part of its review of a massive data breach, with two technology and security executives leaving the company "effective immediately."

The credit-monitoring company announced the changes in a press release that gave its most detailed public response to date of the discovery of the data breach on July 29 and the actions it has since taken.

The statement came on a day when Equifax's share price continued to slide following a week of relentless criticism over its response to the data breach,

Lawmakers, regulators and consumers have complained that Equifax's response to the breach, which exposed sensitive data like Social Security numbers of up to 143 million people, had been slow, inadequate and confusing.

Mr. Rohrwasser has led the company's international IT operations, and Mr. Ayres was a vice president in the IT organization.

The company also confirmed that Mandiant, the threat intelligence arm of the cyber firm FireEye, has been brought on to help investigate the breach. It said Mandiant was brought in on Aug. 2 after Equifax's security team initially observed "suspicious network traffic" on July 29.

The company has hired public relations companies DJE Holdings and McGinn and Company to manage its response to the hack, PR Week reported. Equifax and the two PR firms declined to comment on the report.

Equifax's share price has fallen by more than a third since the company disclosed the hack on Sept. 7. Shares shed 3.8% on Friday to close at $92.98.

U.S. Sen. Elizabeth Warren, D-Mass., who has built a reputation as a fierce consumer champion, kicked off a new round of attacks on Equifax on Friday by introducing a bill along with 11 other senators to allow consumers to freeze their credit for free. A credit freeze prevents thieves from applying for a loan using another person's information.

Sen. Warren also signaled in a letter to the Consumer Financial Protection Bureau, the agency she helped create in the wake of the 2007-2009 financial crisis, that it may require extra powers to ensure closer federal oversight of credit reporting agencies.

Connecticut Attorney General George Jepsen and more than 30 others in a state group investigating the breach acknowledged that Equifax has agreed to give free credit monitoring to hack victims but pressed the company to stop collecting any money to monitor or freeze credit.

"Selling a fee-based product that competes with Equifax's own free offer of credit monitoring services to victims of Equifax's own data breach is unfair," Jepsen said.

Also on Friday, the chairman and ranking member of the Senate subcommittee on Social Security urged the Social Security Administration to consider nullifying its contract with Equifax and consider making the company ineligible for future government contracts.

The two senators, Bill Cassidy, R-La., and Sherrod Brown, D-Ohio, said they were concerned that personal information maintained by the Social Security Administration may also be at risk because the agency worked with Equifax to build its E-Authentication security platform.

Equifax has reported that for 2016, state and federal governments accounted for 5% of its total revenue of $3.1 billion.

Equifax, which disclosed the breach more than a month after it learned of it on July 29, said at the time that thieves may have stolen the personal information of 143 million Americans in one of the largest hacks ever.

The problem is not restricted to the United States.

Equifax said on Friday that data on up to 400,000 Britons was stolen in the hack because it was stored in the United States. The data included names, email addresses and telephone numbers but not street addresses or financial data, Equifax said.

Canada's privacy commissioner said on Friday that it has launched an investigation into the data breach. Equifax is still working to determine the number of Canadians affected, the Office of the Privacy Commissioner of Canada said in a statement.

Some employers may reconsider abortion coverage amid state threats

This website uses cookies to improve your experience while you navigate through the website. Out of these, the cookies that are categorized as necessary are stored on your browser as they are essential for the working of basic functionalities of the website. We also use third-party cookies that help us analyze and understand how you use this website. These cookies will be stored in your browser only with your consent. You also have the option to opt-out of these cookies. But opting out of some of these cookies may affect your browsing experience.
Necessary Always Enabled
Necessary cookies are absolutely essential for the website to function properly. These cookies ensure basic functionalities and security features of the website, anonymously.
Advertisement
Advertisement cookies are used to provide visitors with relevant ads and marketing campaigns. These cookies track visitors across websites and collect information to provide customized ads.
SAVE & ACCEPT